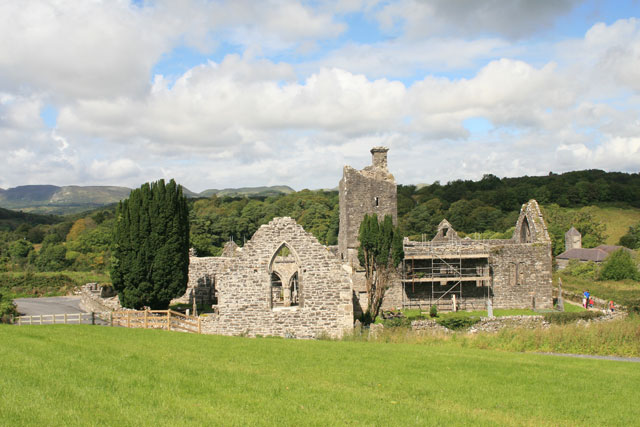 The history of Leitrim—Liatroim in Irish, meaning “Gray Ridge”—traces its roots back to the Medieval Era when the county was once part of a huge Gaelic kingdom.

Today, this inland county is famous for its scenic views and historical sites often picked as venues for corporate trips, as well as hen and stag parties.

In this two-part series, we’ll take you back to how this Irish county was once caught between warring factions, how it was turned into a mining town, how it survived a deadly drought, and became one of today’s prime spots for outdoor adventures in Ireland.

Leitrim was once part of the Kingdom of Breifne—made up of present-day Leitrim, Cavan, and parts of other surrounding counties, including Meath, Fermanagh, Longford, and Sligo.

Before this Kingdom came to be, however, plenty of groups have established themselves within its borders, from ancient times to the Christianisation of Ireland and up until the 8th century.

Historical records of the county’s status during this period remain disjointed and debatable, particularly with its rulers and their respective reigns.

It was, however, the O’Rourke family who has solidified their reputation as primary chieftain of the Kingdom of Breifne for approximately 600 years.

The O’Rourkes ruled over the kingdom starting from the 8th-9th century, though not without political strife and uprisings. It was only in 1124 when the scales started to tip towards the clan’s enemies. During this time, Tiernan O’Rourke’s wife, Dervogilla, was abducted by Diarmuid MacMurrough, the King of Leinster (though many believe she fled to be with the monarch).

During the Norman invasion, much of Breifne’s lands were plundered. Skirmishes and sieges across the kingdom ensued.

Tiernan was killed in 1172. While historical records differ on who killed him—the Annals of Tigernach says he was betrayed by one of Strongbow’s sons, while the Annals of The Four Masters says he was killed by Hugo de Lacy—the fact remains that whoever did it also started the slow decline of the O’Rourke family as chieftain of Briefne.

Tiernan was known to be the last long-standing O’Rourke leader and arguably the strongest. 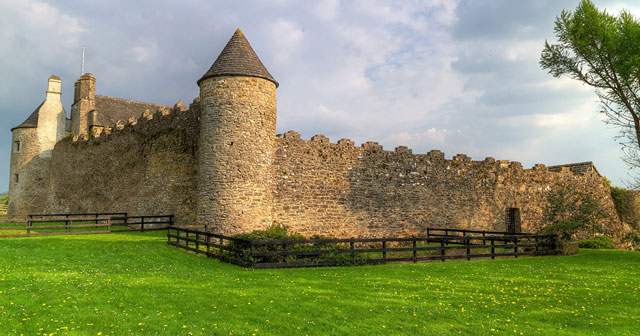 About 100 years after Tiernan’s death, rulers from the O’Rourke clan only had short-lived reigns, due to in-fighting and the continued presence of the Normans and the English. New alliances were formed and plenty of Ireland’s kingdoms pledged fealty to Britain’s monarchy.

From then until the 1600s, the power and influence of the great Irish families faced a steady decline. Most of their leaders moved to mainland Europe.

However, such was the impact of the O’Rourke clan that modern-day Leitrim has retained the family’s famous lion symbol within its present-day official crest.

The Plantation of Ulster

Following the fall of Irish clans, England sought to colonise Ulster province, a strategic move called the Plantation of Ulster. Ulster is composed of six counties in Northern Ireland and three counties in the Republic of Ireland.

Then King Henry II offered the northern part of Ireland to placate the Scots, especially since the initial goal of planting English settlers failed. Much of Leitrim’s lands were confiscated from Irish clans (who left the country) and given to Villiers and Hamilton.

In ancient times, five great forests were believed to once have stood in Leitrim. However, during the 16th to the 19th century, Leitrim turned into a mining county, effectively stripping its forests.

Rich deposits of iron ore were mined from the 15th to the 18th century, while coal mining became more prominent by the 19th century. Coal mining was focused on the east of Lough Allen towards Slieve Anierin, and continued to the west of Arigna by the Roscommon border. The Glenfarne region, meanwhile, saw sandstone quarries, which were then turned to ornamental items.

Agriculture also played a huge part in the county’s economy, with a focus on cattle production and growing flax for the then-booming linen industry.

The Recession and The Great Famine

By the start until the mid-1800s, Leitrim—populated by tenants and peasants who were both living in poverty yet still required to pay rent and tithes to Protestant landlords—was hit by several economic blows.

First, they stopped mining the county’s rich iron ore deposits, as there were not enough timber to continue fuelling their furnaces. Although a member of the O’Reilly family tried to revive this industry by smelting iron with coal, it ultimately failed.

Secondly, recession hit the growing linen industry in the county due to industrial mechanisation. Cottage linen, at that point, was one of Leitrim’s prime exports.

Lastly, a combination of poverty, abandonment of iron ore mines, and recession led to the people of Leitrim having to survive on a diet of potatoes. There were only one or two types of high-yielding potatoes that the Irish grew and ate, which meant that there wasn’t a variety of potatoes that could potentially prevent entire crops from getting disease.

In 1845, a strain of water mould from North America was brought by accident to Ireland and thrived in the latter’s weather. This started the Great Famine.

For four years, a disease called “late blight” proceeded to destroy the genetically identical potatoes of Ireland, including those in Leitrim, resulting in the death of one million people and several dire economic impacts that hampered the entire country’s growth.

In part 2 of this series, find out the effects and the resolution of the Great Famine, how Leitrim recovered, and how the county fared in the 20th to the 21st century.